Learnings from a Legendary Lone Wolf 

Good intentions don’t always bring the best outcome. Life is rife with unexpected twists and turns. Does it mean all our efforts are wasted and meaningless?

Good intentions don’t always bring the best outcome. Life is rife with twists and turns that lead us off the intended path. Does it mean all our efforts are wasted and meaningless?

When a lone gray wolf (OR-93) first appeared in California in February 2021, the news excited scientists and naturalists across the state. Reintroducing the wolf population revitalizes the local ecosystem, improves habitats and populations of countless species from birds of prey to pronghorn, and even trout.

OR-93 left his pack in Oregon and headed south, traveling through Northern California lava beds, over snowy passes in the Sierra Nevada, along the edge of Yosemite National Park, and into an agricultural field near Fresno. He wanted a new territory and female mates.

From Fresno, OR-93 headed west toward the Central Coast, successfully crossing freeways 99, 5, and 101 — three of the deadliest roads in the country, until he reached Southern California’s crowded suburbs. 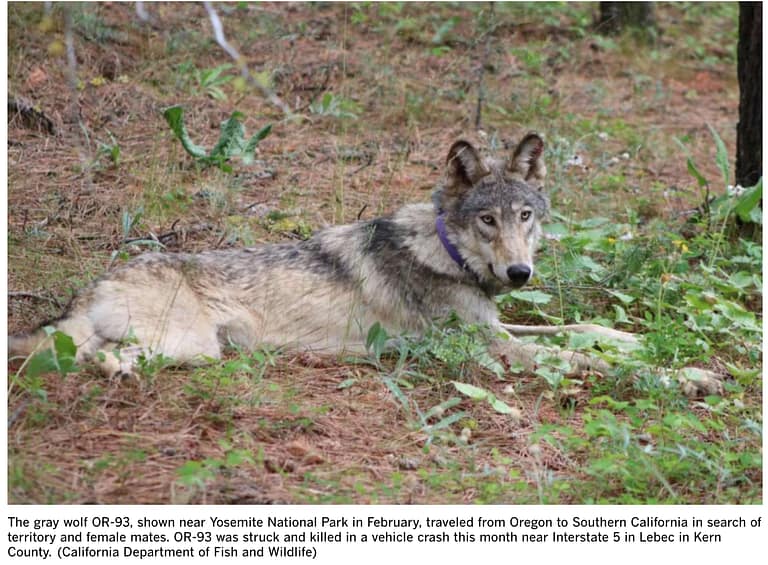 Nine months later, OR-93 was struck dead by a vehicle while crossing a freeway in Los Angeles, only steps away from the 270,000-acre Tejon Ranch Conservancy.

Amaroq Weiss, a spokeswoman for the Center for Biological Diversity, said, “[there] was a Shangri-La for wolves … waiting for him and an adventurous female to follow his path into the history books.”

What is your takeaway from this story?

Here’s mine. Although we can’t control the outcome, we can always give our best shot.

OR-93 played “an evolutionary gamble to pass off his genetic information to new generations of wolves in a region where they had not been seen for more than 200 years.” His remarkable ambition and adventurous spirit made his short life much more meaningful than the rest of his pack, who stayed within a hundred miles of their birthplace, never done anything worthwhile mentioning.

In his case, success isn’t measured by longevity, but the experience he amassed in his brief life, and his influence on conservationists advocating for safe wild animal passages in the modern world.

We all have dreams, not all of them can be fulfilled within one lifetime. So we try, and we keep trying, even if our stories end a few steps short of our dreams.

Need more help with challenges in your life? Get my award-winning book here.

Not sure what you want or what you’re good at? Click here.

Doctor of Pharmacy, author of The Art of Good Enough. She writes to inspire women to design their own fate. Her writings and interviews have been featured on MSNBC, Thrive Global, Working Mother magazine, Parentology, and The Times of India.