Home » Blog » What I Learned from Keeping a Vicious Pet Fish

What I Learned from Keeping a Vicious Pet Fish

My pet fish, Bob, an African convict cichlid died. He was vicious, ungrateful, and stayed true to his nature to the very end.

He’s been with us since my son was in elementary school. My son named him Bob.

Bob was an African convict cichlid with zebra stripes across his body.

Years ago, we brought a large fish tank and dozens of beautiful tiny pet fish to satisfy my son’s growing interest. Bob was one of them. In a crowd of bright-colored fellows, he looked suspicious and cunning. My son didn’t like him, saying he looked like a bad guy.

It turned out my son was right.

Within a month, he killed dozens of other mild-mannered fish, leaving a trail of mutilated bodies behind. We replaced the dead ones with another batch from the pet store and tried to separate Bob from the rest of the crowd. It was no use.

One night, while we were sleeping, Bob knocked down the divider and attacked his neighbors mercilessly.

The next morning, he became the only resident in our large tank. And for the next six years.

Sometimes, I sat on the sofa, watching him patrol around the well-lit tank, as if on a mission to uncover an imaginary intruder.

He must be lonely, I thought, after years of living in solitude. He might even turn soft because of that loneliness.

One day, when I leaned against the tank to retrieve something behind it, Bob charged at me with such a vengeance that he startled me. I’d fed him for years. His ferocity shocked me.

After that incident, I asked my son to feed Bob. Except for cleaning the tank, I took care not to go near Bob again.

Two weeks ago, my son came to my room and asked for a hug. Patting his back, I asked what was wrong.

And the strange thing was, I felt sad, too.

We buried Bob in the backyard with a tombstone that my son made. He drew the Chinese character for fish on the stone for remembrance.

Now, our large fish tank sat empty in the living room, dark without its heater light on. Whenever I walk past it, I thought of Bob, and the last time he attacked me.

Bob was a vicious fish, and he stayed true to his nature to the very end.

Need more help with challenges in your life? Get my award-winning book here.

Not sure what you want or what you’re good at? Click here. 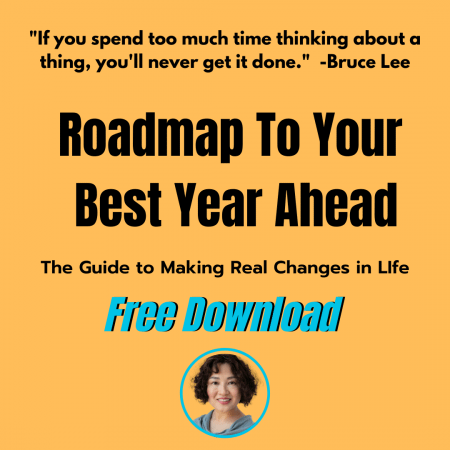 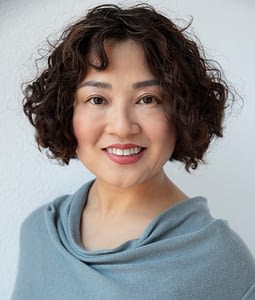 Doctor of Pharmacy, author of The Art of Good Enough and Life Transformation Journal. She writes to inspire women to design their own fate. Her writings and interviews have been featured on MSNBC, Thrive Global, Working Mother magazine, Parentology, and The Times of India.